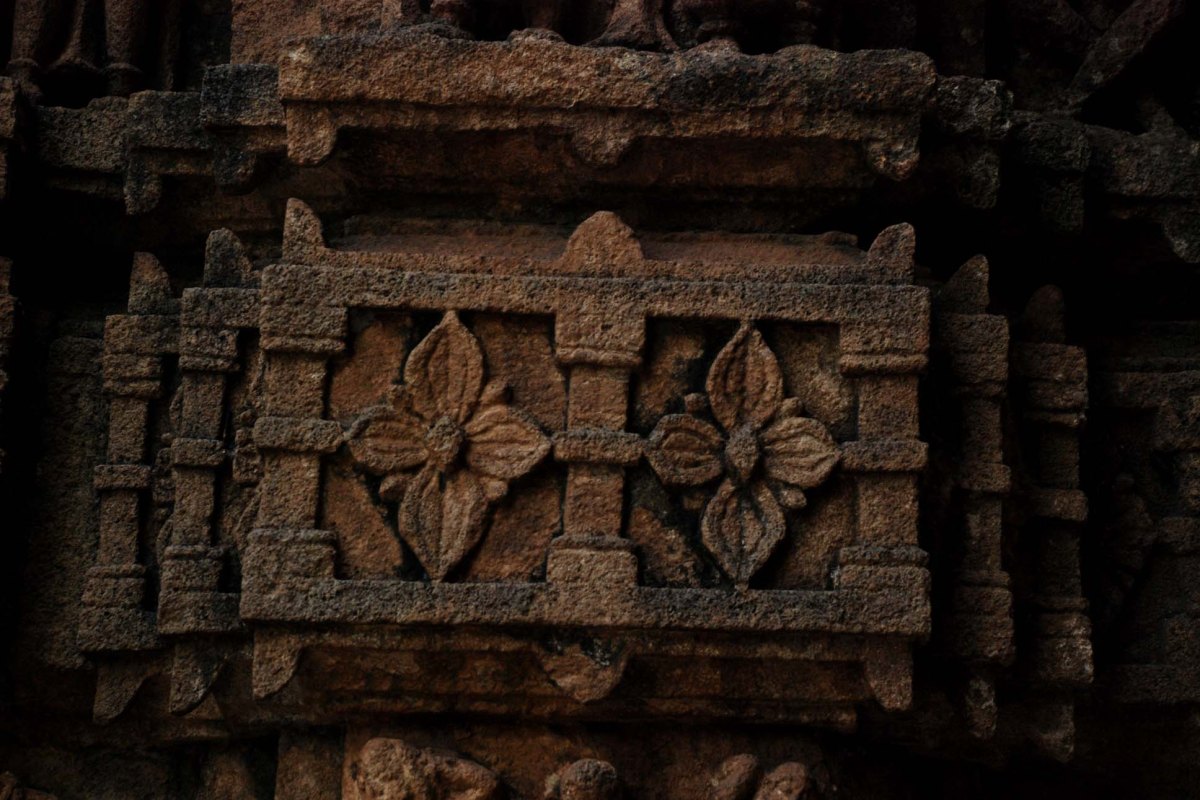 I have been working with the Govt of Chhattisgarh for nearly four years now. First, we produced the travel guide on Chhattisgarh and them we produced one on Bastar. Our attention was then drawn to one of the most beautiful, yet hardly known temples in India which happened to be in Chhattisgarh.

Around 17 kms east of Kawardha (on the Raipur-Jabalpur highway) is the small village of Chairagaon. This otherwise tiny hamlet in the Maikal range, is the site of the beautiful Bhoramdeo Temple — better known as ‘Khajuraho of Chhattisgarh’ due to its resemblance to the world-renowned temples of Khajuraho.

We, a team of three people including my colleague Nidhi (who also happens to be one of my closest friends) and our boss Swati reached Raipur around 7 one October morning. A car was waiting for us at the airport and we immediately continued on our way towards Kawardha, some 120 kms distant. This was my fifth visit to Chhattisgarh, and over the years, have grown to love the surprises that it throws at me.

We continued on the highway up to Kawardha, stopping for photographs or for the cattle to pass. From Kawardha, we took a smaller road to Bhoramdeo that snaked through the low hills and fairly dense forests. There was hardly any habitation along the way and the road was empty except for the occasional moped or two.

From Chairagaon village, a road leads left to another smaller Shiva temple, popularly known as the Mandwa Mahal. It was built in 1349 AD to commemorate the marriage of the Nagavanshi ruler, Ramachandra with the Haihaya princess, Ambika Devi.

One kilometer south west of Mandwa Mahal is another Shiva temple, popularly known as the Chheraki Mahal. Built during the Fani Nagavanshi dynasty, this temple is dedicated to the ‘Chheras’, a band of nomadic pastoralists who inhabit this region. The garbhagriha houses a linga set in the middle of a small tank. The walls are made of brick and are starkly unadorned. The architecture of the temple and the sculptures has led scholars to conjecture that this temple was built around the same time as the Mandwa Mahal.

By the time we got done with these two temples, it was already past three in the afternoon. We decided to go to our guesthouse, freshen up and head for Bhoramdeo. The guest house was on the banks of a lake on the other end of which is the temple. We could see the temple walls from the verandah but the actual temple was hidden behind a clump of trees.

But before we progress any further, i must tell you about the other resident in Swati’s room. As soon as she went in, she bolted out pointing towards something on the floor. I pretended to be very brave and volunteered to check it out. Imagine my relief when that ‘thing’ turned out to be a rather stunning and unusually large toad. I took him out to the lawns outside where it decided to poise for me.

The short walk on the banks of the lake was all it took for us to reach the temple. On the way, i tried to capture the beautiful surroundings and also the activities of my two other team-mates.

At first view, the temple stunned me. The fact that there could be a temple so beautiful, yet so unknown, miles away from civilisation was equally intriguing and surprising. Previously i had seen only pics of Bhoramdeo, but coming face to face wit it, i was at a loss of words. I remember how it actually took me about half an hour to get over the initial feeling and start shooting.

As you can see, the temple is surrounded by tall leafy trees that block most of the sunlight. Even when the sun is pretty high-up in the sky the courtyard is dark, which complicates a good exterior shots. The trip was over two years ago and back then i was not as proficient with the camera as i am now. As a result i got some really crappy shots of the temple from the outside.

Built around 1089 AD by Lakshman Dev Rai in the Paramara style of Malwa, the temple houses excellent examples of Vaishnava, Shaiva and Jaina sculptures. The coming together of such a body of art from different religious planes at one particular place proves the existence of a reign which was tolerant to all religions. Legend has it that the temple was dedicated to the tribal deity, Bhoramdeo, a form of Shiva.

This early medieval temple is a perfect example of the nagara style of temple architecture. The temple has three entrances. The main entrance faces east while the other two face south and north.

The temple is divided into an ardhamandapa, an attached antarala and at the far end, the garbhagriha. The entrances to the ardhmandapa are decorated with ornamental creepers and ornately embellished brackets. All the three doors of the ardhmandapa are flanked by octagonal pillars. There pillars are surmounted by the inverted lotus capital. The ardhmandapa has a total of 16 such pillars. It also houses a sculpture of Laxmi-Narayana without the Garuda and a prince in a state of meditational trance.

As with most Hindu temples, the garbhagriha of the temple faces east. Directly above the linga enshrined in it is a sculpted lotus on the ceiling. Apart from the linga, the garbhagriha also has a number of deities which are still in worship. Among them is an image of a bearded yogi with the year 840 inscribed on it, which has led scholars to attribute the temple to the reign of the Fani Nagavanshi ruler, Gopaldev.

I guess that the sculptor’s job is difficult, having to chisel hard stone into delicate patterns and intricate motifs, i must say here that a photographer’s job is not easy either. Dont believe me? here, take a look.

I would like to end this post with a couple of photographs i took of Nidhi, who happens to be extremely photogenic

We were in Bhoramdeo for two days, after which we went to Sirpur, the subject of our next book. Around 80 kms northeast of Raipur, Sirpur, with its extensive ruins of Buddhist viharas and universities, is being touted as the next Nalanda. More on Sirpur in the next post.

8 thoughts on “Bhoramdeo: The Hidden Gem”