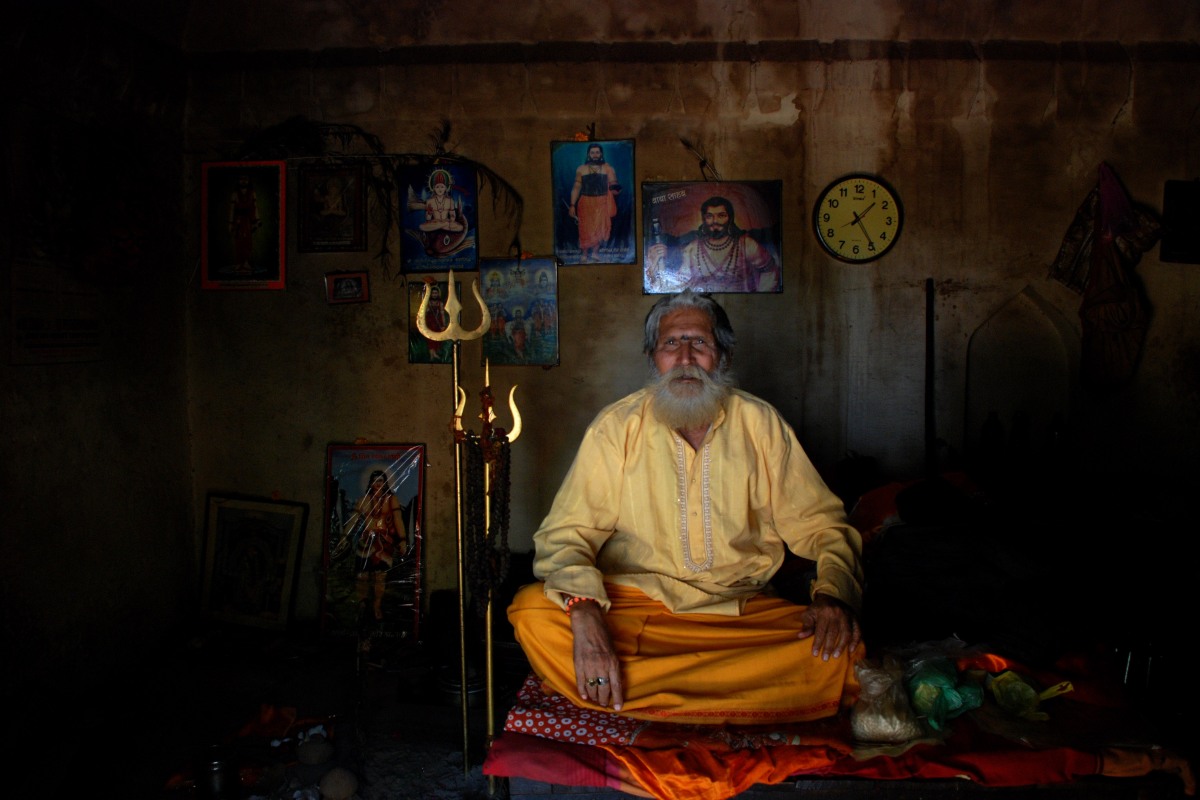 Work took me to Ujjain earlier this week. We are doing a book for MP Tourism on this most ancient of cities. I am, as per office policy, not allowed to put up work related pics ahead of the completion of the project, but the snaps that you see here have been reduced in size and resolution. So technically speaking, apart from this space they are pretty useless! 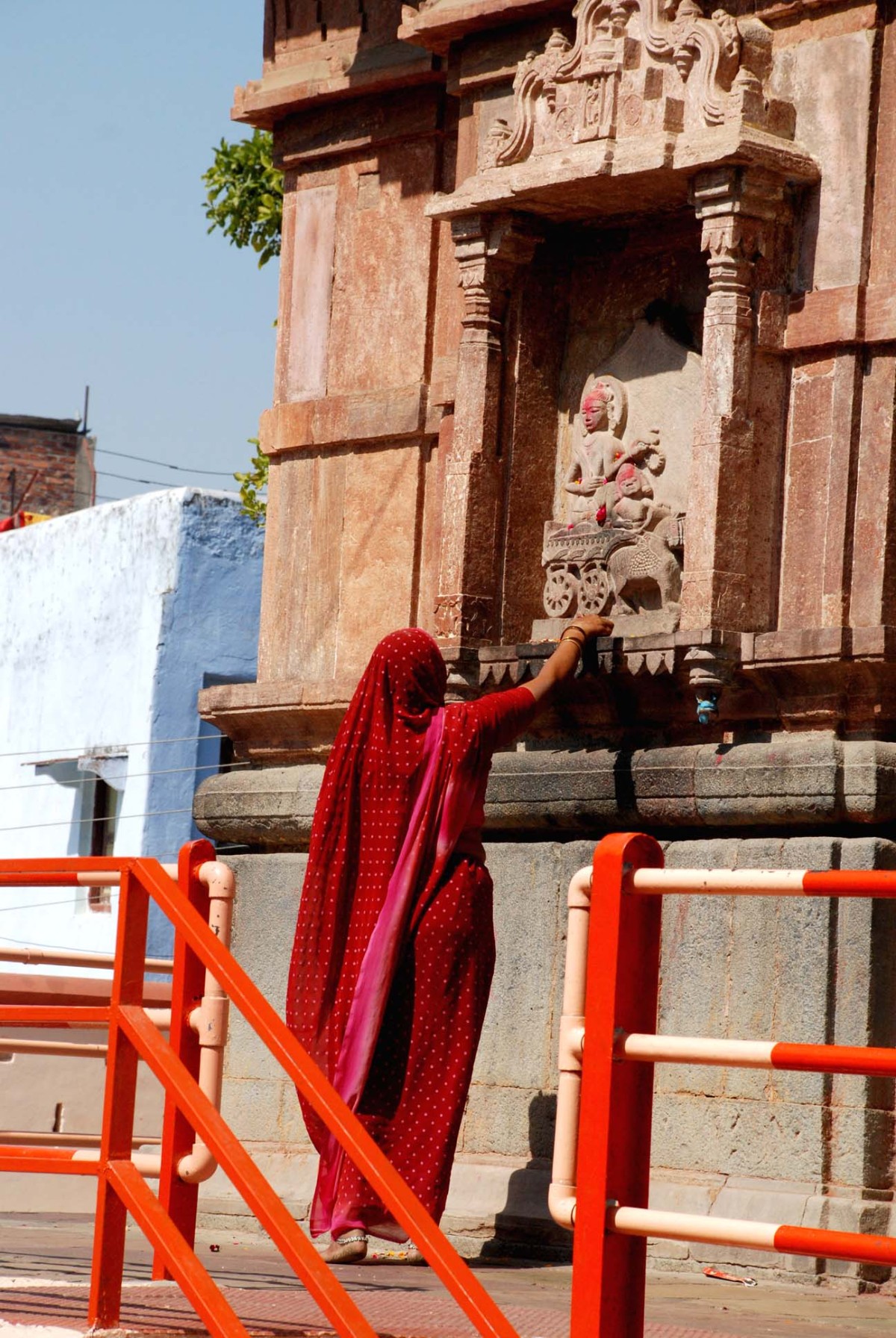 Harsiddhi Mata Temple. I love moments… moments like this

The Paintings on the interior of the Harsiddhi Mata Temple. Real kitsch is what i mean!

The idol of the deity in the temple!

A sadhu outside the Kal Bhairav Temple. I think sadhus make for very nice pics. Though the subject is highly overdone and has been  a cliche for ages, its still remains very appealing. 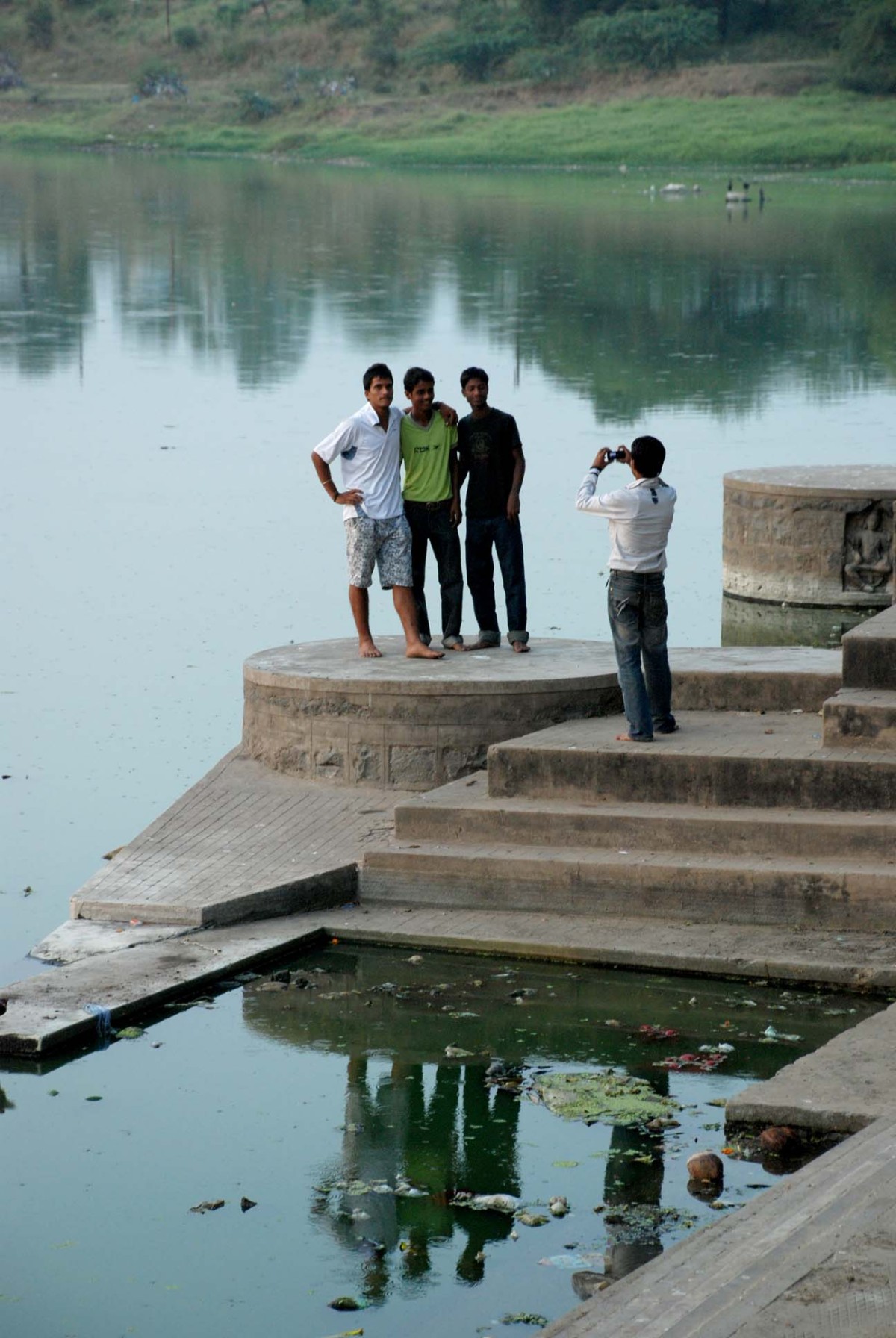 Friends strike a pose at the ghats outside the Mangalnath Temple

Patience is a virtue! 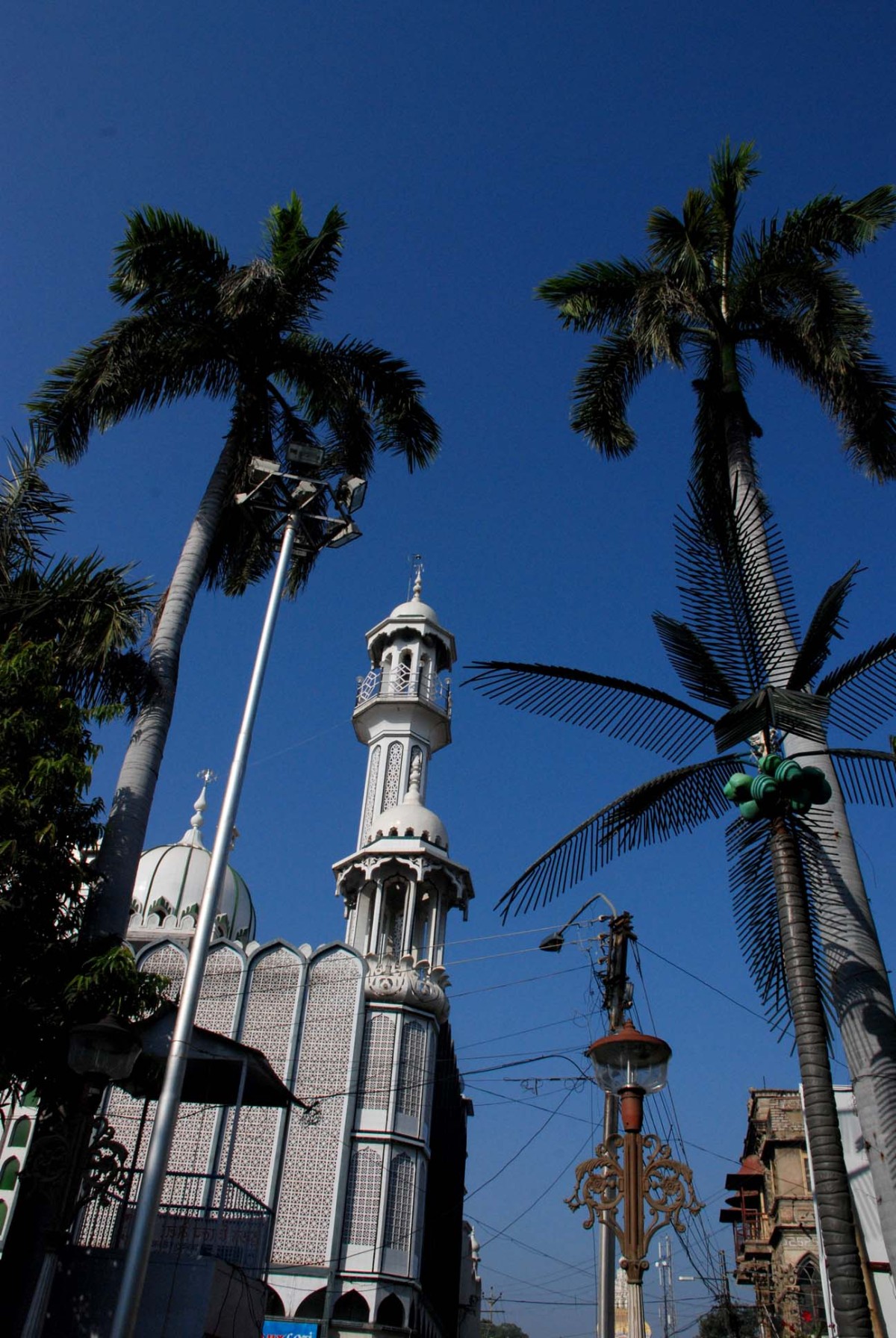 How many things can rise to the sky at the same time?

Man doing yoga on the waters of the Shipra river near the Navagraha Temple. Look at the finesse…he is just floating there…such is his skill and balance that even the ripples in the water are perfectly symmetrical 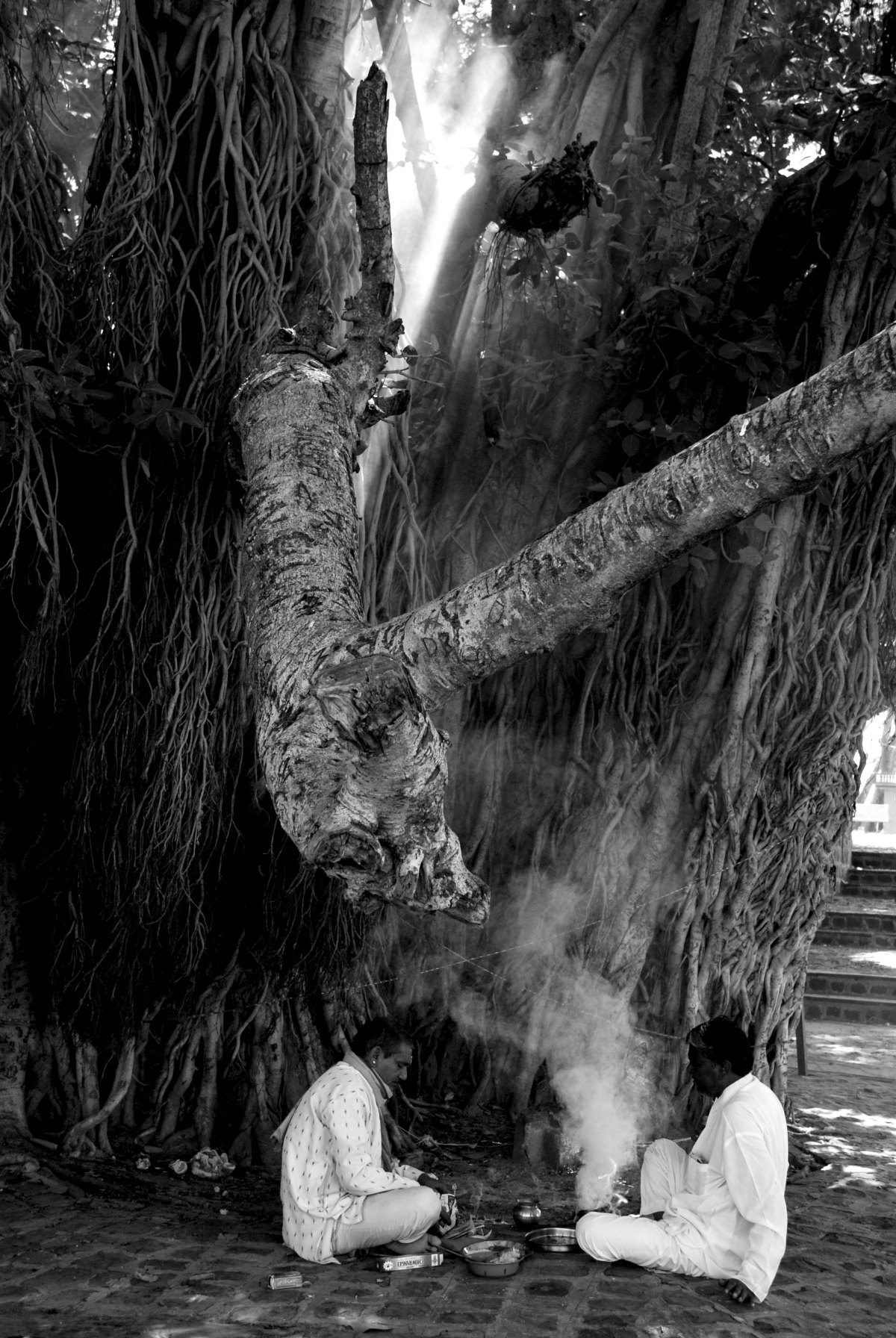 Worshipping under the old Banyan Tree

Ah! This pic… it has got to be one of the best i have clicked so far. There is something about the frame…something in the room, in the man’s eyes that makes me stare at the picture for several minutes at a stretch.

Coming to think about it,  this one is quite well framed

Kalideh Palace, just outside Ujjain. The durbar hall has been converted to a Sun Temple and this is the sun god himself. He needs peotection though and is surrounded by a grille. Tried to frame him through one of the grille patterns.

It was such a quiet place. I could hear the creaking of the wheels of this bullock cart, long after it disappeared from sight!

To beat the summer heat, the Mughal governor of the region made a palace and surrounded it with water in the form of channels, nullahs and tanks. The locals wash clothes, cook and worship here now-a-days.

The Ram Ghat. This is where the Maha Kumbh Mela is held every 12 years! The ‘magic’ evening light! 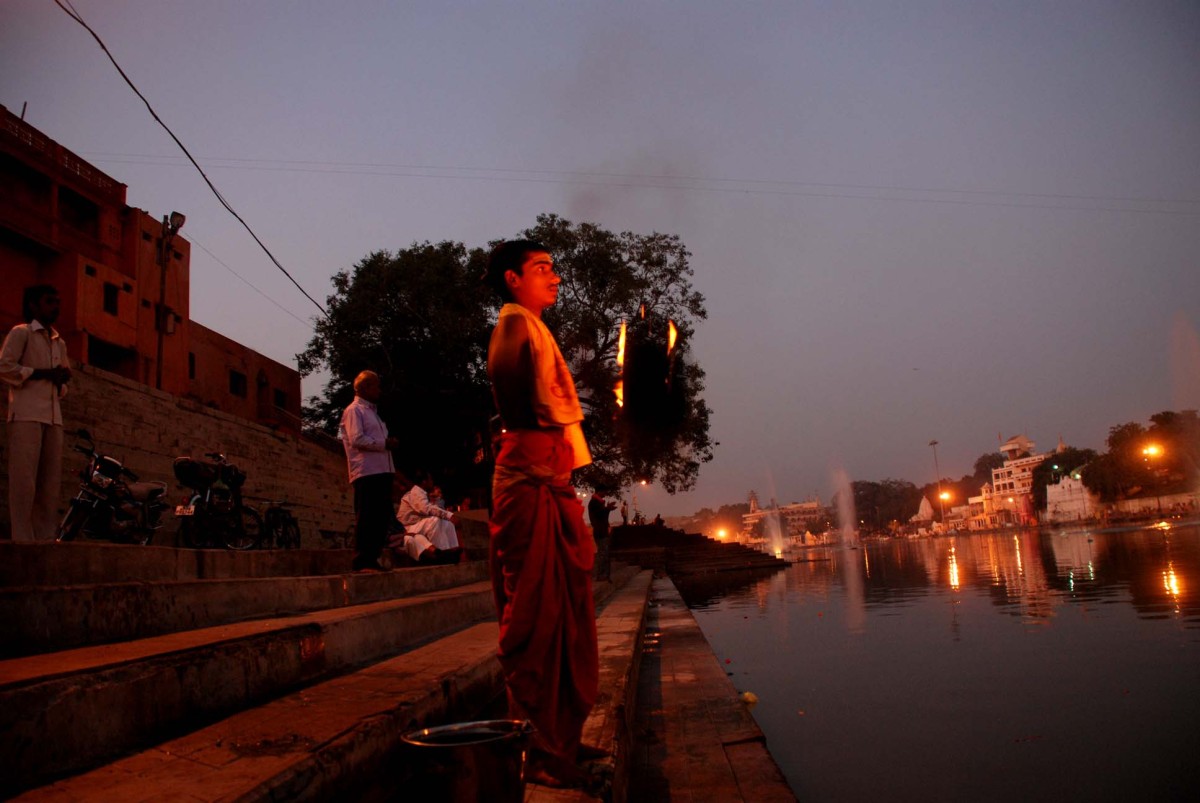 This was by far the highlight of the entire trip – the Sandhya Arati on the Shipra. This young priest was on my side of the ghat. On the other side there were two priests. There were groups of people on both sides playing kettle drums and banging cymbals in unison. It was a very powerful moment.

I love this pic, i love the soft glow of the lamp on his face! 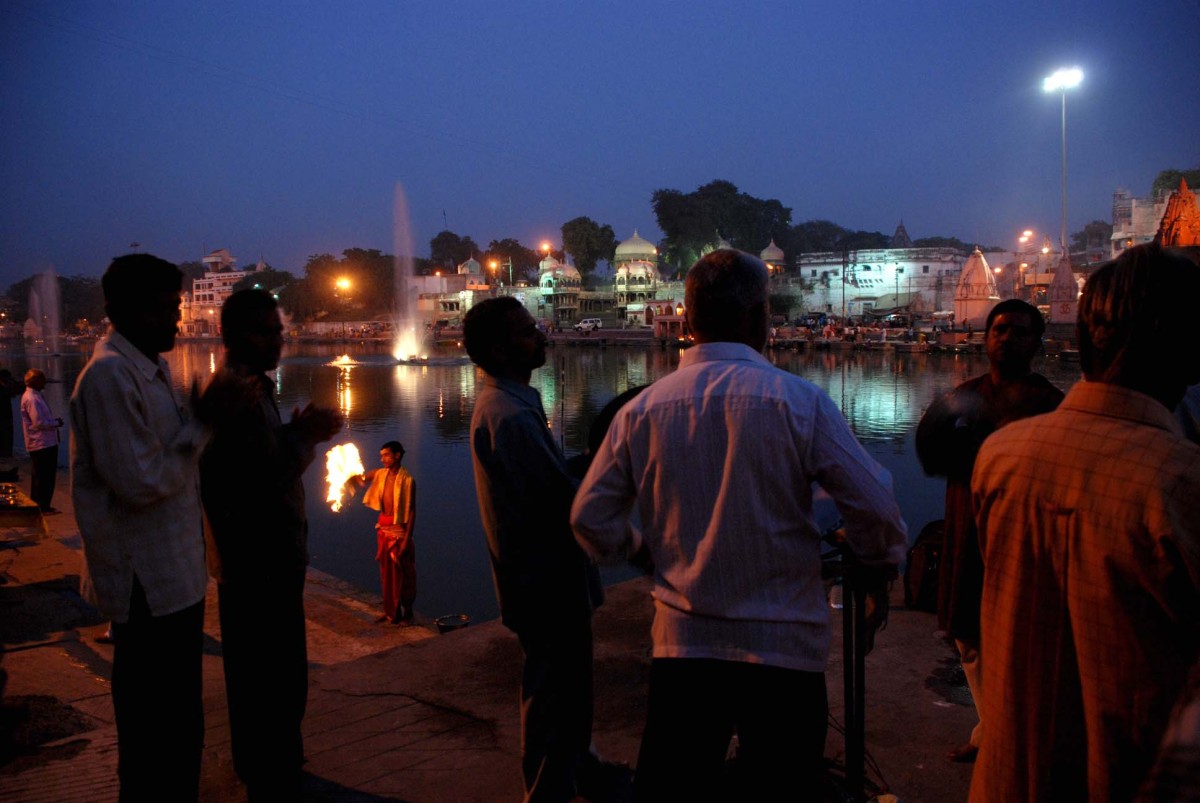 ….and on the other side of the river! 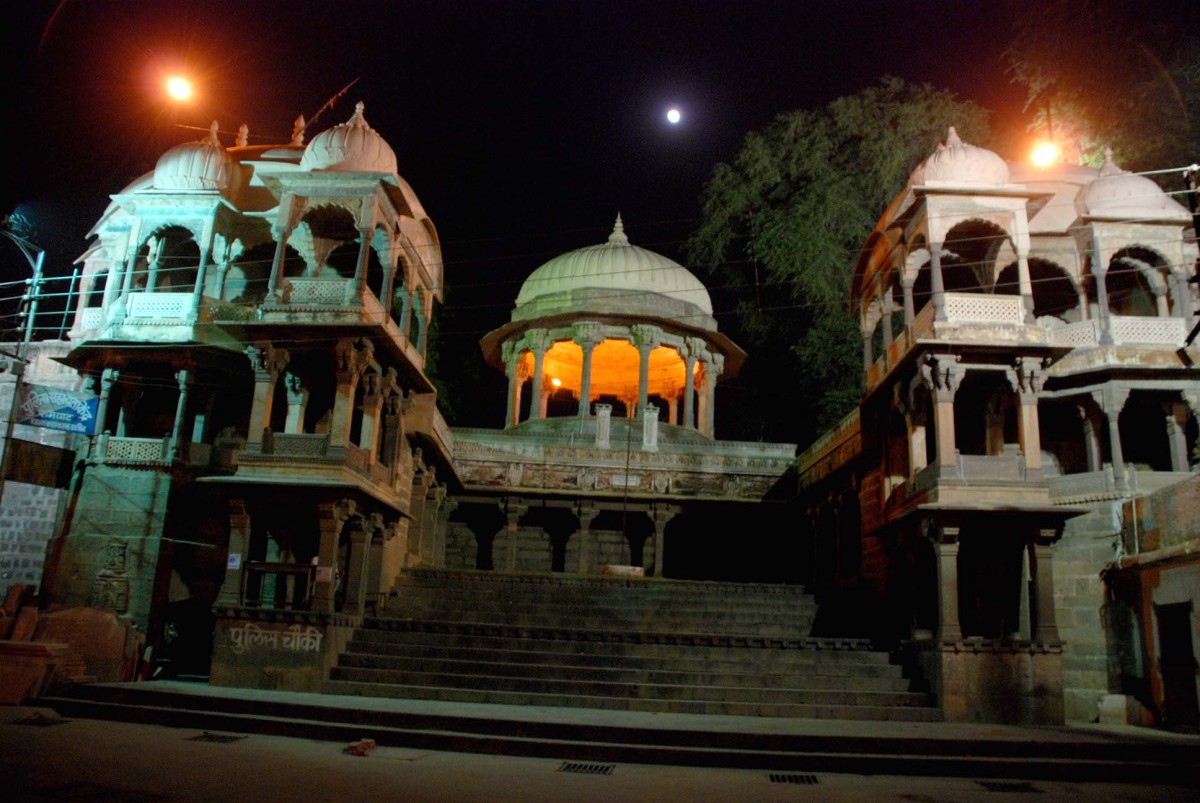 A Shiva temple on the ghats.

The curiously modified bus that took me on a Ujjain Darshan!

Falahari Baba! He has lived only on fruits for the last 45 years! 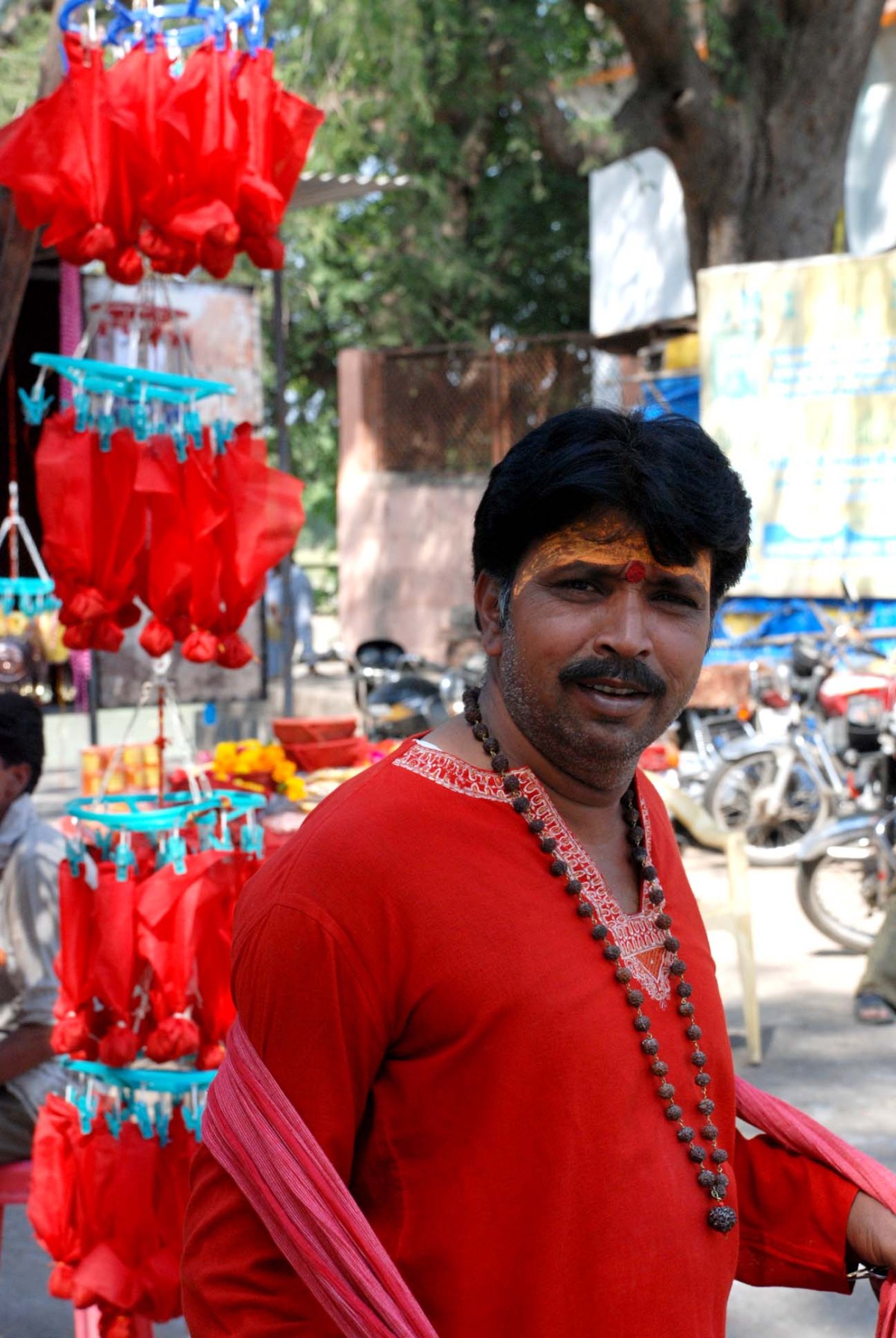 I was trying to click the red potlis in the background but this man walked into the frame and started observing what i was doing…i shot the man!